The Internet of Things is poised to change democracy itself 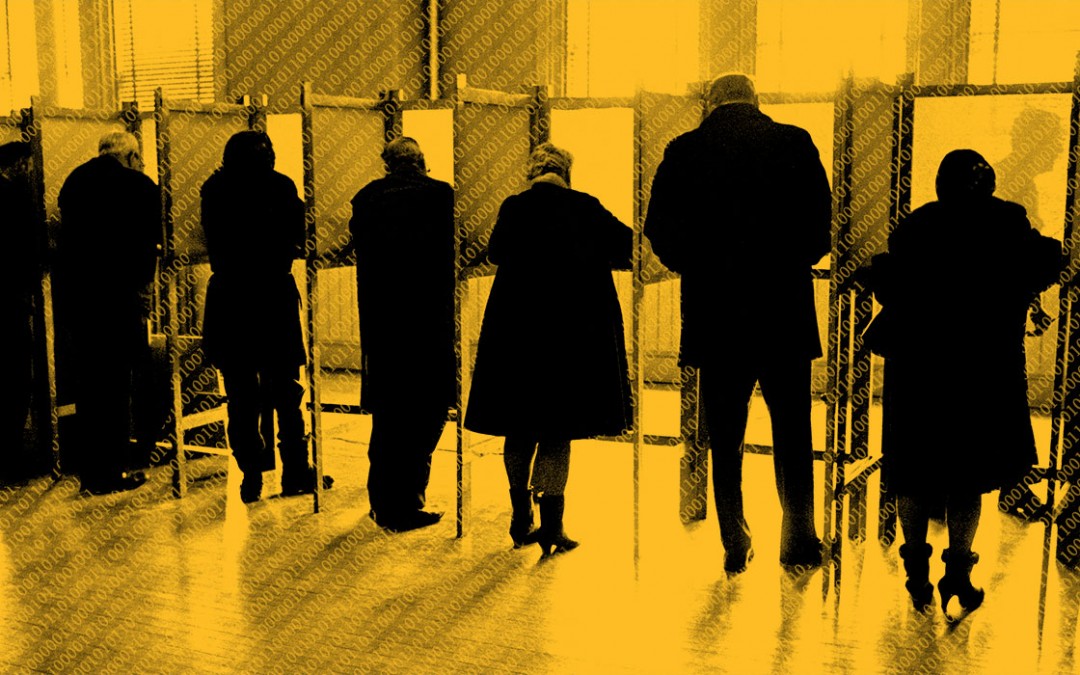 This appeared as “Politics won’t know what hit it:  The Internet of Things is poised to change democracy itself” in Politico Magazine.

In the evolving conversation about the “Internet of Things” — the growth of networked everyday objects and the data they generate — analysts tend to focus on business opportunity, or the security risks, or the potential for making our cities smarter.

But larger than all of those possibilities, and of key public importance, is the impact of the Internet of Things on politics.

This might sound unlikely at first, and it won’t be felt right away. But it’s important to realize that when we look at the Internet of Things, we’re seeing a technology, or rather a technological system, that will not just pose challenges for governments, but change them completely. In all of history, there has never been anything like the constant and intimate feedback loop that the Internet of Things is creating between citizens and whoever is on the other end of their data.

In researching my new book on the IOT, I spent a lot of time with the computer scientists and entrepreneurs who are designing new device networks. But I looked at their projects as a social scientist, considering them in the long history of how technology and infrastructure affects human politics — a history that goes all the way back to the Roman Empire.

The conclusion I couldn’t escape is that the Internet of Things will be the most powerful political tool we’ve ever created. For democracies, the Internet of Things will transform how we as voters affect government — and how government touches (and tracks) our lives. Authoritarian governments will have their own uses for it, some of which are already appearing. And for everyone, both citizens and leaders, it’s important to realize where it could head long before we get there.

BIG DATA IS often defined as large amounts of information, collected about many people, over many kinds of devices. People savvy about modern political campaigning know that Big Data has already changed how we do political analysis and communication. Polls, registration rolls and credit-card data help campaign managers efficiently target the citizens who will give donations and show up on voting day. And having Big Data has allowed party strategists to do in-house research and experimentation on the mid-spectrum, undecided or ideologically “soft” voters to see what kinds of contacts and content will attract new supporters.

While lobbyists and campaign managers are playing with these rich records about our lives, government agencies are playing with them too. Tax agencies use complex fraud detection programs that look for suspicious Internet addresses and metadata. Ten years ago, New York state stopped 50,000 fraudulent tax returns; last year its new analysis techniques caught 250,000. In Los Angeles, the city government’s data-sharing program agreement with a Google-owned navigation service is expected to turn user’s smartphones into traffic sensors that reduce congestion, route drivers efficiently and make the city more navigable. Such programs have their critics, but many government offices in the U.S. are now openly seeking help in the analysis of data they are just sitting on.

This next Internet is going to make Big Data truly gargantuan, with real consequences for our political lives. Instead of small survey samples with noticeable error margins and carefully worded questions, the device networks will generate many details about our lives — all the time. The end result will not be a stream of data, it will be a tsunami of information that will offer governments and politicians overwhelming evidence about our real-world behavior, not just our attitudes and aspirations.

From a political perspective, this is a radical change.

The basis of a democracy is voluntary civic engagement: A person’s participation in setting government policy is intentional and a matter of choice. In democracies, citizens express their preference through activism and voting. Historically, governments and politicians eager to do a good job interpreting citizen intent also relied on opinion polls, conversations with civic groups, social science research, and huge record-keeping projects like the census. Politicians have long tried to interpret citizen intent and manipulate it through rhetoric and campaign tricks.

But pervasive device networks will change the rules, making voluntary conversations among elected officials, political parties, lobbyists and civic groups less important than the plethora of near-perfect data generated by the objects around us. Occasional activism and petition-signing will be overshadowed by volumes of behavioral information cleverly extracted from the Internet of Things.

Firms want to know consumer habits, governments want to anticipate the needs of citizens, and politicians will pay handily to understand the whims of voters. Political lobbying isn’t a new sport, but the Internet of Things is going to be a particularly powerful resource for lobbyists. The more a lobbyist knows about the behavior of voters and donors, the easier it is to activate those people and organize them into AstroTurf movements on clients’ behalf. Considering that smart data mining costs good money, it’s worth considering whether civic groups, scientists and journalists will have anywhere near enough resources to be effective checks on what the big political players are doing with the Internet of Things.

It’s also important to realize that governance systems don’t just involve governments: they appear whenever a powerful actor can set some rules and restrictions on people’s behavior. For example, Uber has ordered its drivers to stay away from protests in China, and it has a way to enforce the rule: they will use drivers’ cellphones to track car location and cancel the contracts of violators. Though it’s a business decision, it has the political implication of cutting off a transportation option for Chinese citizens who want to help reform their government.

THE NEXT INTERNET is still far enough away that citizens can have a voice in how it is constructed and operated. To shape the next Internet responsibly and wisely, citizens will have to understand what the Internet of Things truly will be — an information infrastructure for public life. And there are several things we can do now to build political participation into the Internet of Things.

As individuals, we need to keep track of where our data ends up. Even at this early stage, it would be tough to make a list of all the third-party vendors, market analysts and government agencies that have data we have generated. Down the road, we may have little choice on where our data ends up. Standards to determine access to data are now being set behind closed doors, defined by industry engineers arguing for secrecy and proprietary systems. If these arguments succeed, the next Internet will be even more personally intrusive, publicly unaccountable and susceptible to surveillance than the current one.

To prevent that, a basic step would be to require that any connected device be able to divulge a list of the “ultimate beneficiaries” who benefit from its sensor data. Terms of service always get modified, ownership structures change over time and the number of third parties paying for access to our data usually gets longer, not shorter, over time. But if the smart lightbulb you buy is able to relay some data up the network to other organizations, it should be able to pull down a list of the corporate, government and civic entities using your data.

After that, we need to make sure the Internet of Things has some branches designed for civic engagement, not simply government policymaking and industry marketing. These days, it’s normal for civil-society groups to have an Internet strategy or a social-media strategy. It’s not too soon for them to consider their Internet of Things strategy.

With billions of sensors to learn from, there’s no reason governments shouldn’t try to learn about public preferences, or firms do in-depth market research on the behavior of their customers. And it’s very likely that citizens and consumers will benefit from better products and services. But the governments must provide ways to ensure that people are presented, first and foremost, with active choices about the political use of individual data.

Politics used to be what happened whenever one person or organization tried to represent another person or organization. In the years ahead, much of that representative work will be done by devices. If you decide to buy a lightbulb and your home is networked, remember that in an important way, your device will have politics. Tracking your consumption of goods, services and energy will allow increasingly high resolution images of you, your block and your neighborhood. This influences how retailers and governments serve you and your community, long after you’ve bought a networked device — and regardless of whether you cast a vote.

Philip Howard is a professor at the University of Washington and Central European University, and author of “Pax Technica: How the Internet of Things May Set Us Free or Lock Us Up.”